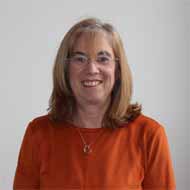 I began working for Catholic Children’s Rescue Society in 2009 initially as a manager within the young parent’s service.

In 2010 CCRS was merged with other Catholic Charities and became Caritas Diocese of Salford, roles changed and I became 1 of 5 Social Workers working within the School Social Work Service, as the service has developed and the team has grown I have undertaken a range of different roles within the team including Social Worker, Senior Practitioner and my current role of Team Manager.

I support and supervise staff within the team and working alongside the Service Manager and other Team Manager manage the schools service across over 70 schools within the Diocese, ensuring we are providing a high quality professional service that meets the needs of the schools, families, children and young people with whom we work.

I take the lead on managing the student placements within the team; to date we have supported over 15 students through placements with half of the Social Workers on the team obtaining their Practice Educator qualification.

I also work closely with Rainbows GB North West providing training and support to schools in setting up the bereavement and loss programme in their schools.

Prior to working for Caritas I had 27 years experience working within a Local Authority as a Social worker and Manager across a range of different services, including working with Deaf people and their families.