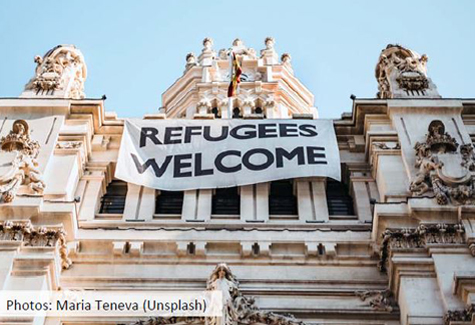 The CATHOLIC Church recently challenged the government over its decision to vote down an amendment to the Brexit Withdrawal Agreement Bill that would have helped refugee children reunite with families in Britain. The amendment was rejected in the House of Commons by 342 votes to 254. The vote now denies thousands of children fleeing conflict the opportunity to be reunited with their families, creates insecurity and prevents their safe passage to our shores. Catholic organisations working with refugees and asylum seekers throughout the UK are raising their voices to advocate for compassion and respect for the human rights of children to be re‐united with their families.

Pope Francis has given the Church and the world a mandate based on the Gospel imperative to ‘love our neighbour’ by offering sanctuary to those seeking safety from harm, whether it be war or the devastating effects of climate change. Here in England and Wales the Community Sponsorship scheme that began in the Diocese of Salford has brought together nearly 90 Catholic parishes, families and communities who are hosting or about to host refugees through the government’s Community Sponsorship Resettlement Scheme. Mark Wiggin, Director of Caritas Salford, which helps to coordinate resettlement in Salford, commented, “Young people are vulnerable to danger and exploitation when living on the margins of a society that is unfamiliar to them. The Universal Declaration of Human Rights and Catholic Social Teaching both emphasise the right to live as part of a family,” he said. “It would be such a welcome move to allow young people to reunite with their families and it would help those families themselves to settle, knowing that their children and relatives are safe. We cannot let it rest here and I hope that as a Church we will lend our voice to those organisations that are campaigning and fighting to turn round this injustice.”